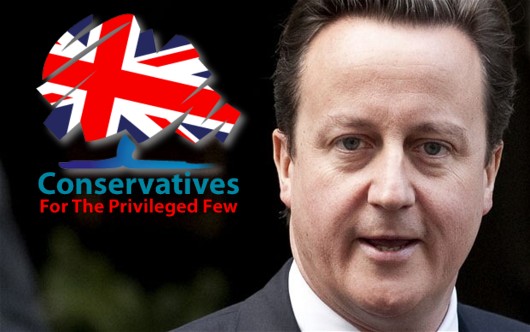 When David Cameron stands up in all his hypocrisy and tells you that tearing apart the basic safety net that guaranteed people would not be left in hunger or destitution is part of his “moral mission”, even die-hard Tories should agree that the country has taken a turn for the worse.

When he defends an administration that has become so punitive that applicants who don’t get it right have to wait without food for months at a time, by claiming he is doing “what is right”, even die-hard Tories should agree that the man who claims he is Prime Minister has diverged from reality.

That is precisely what he has done, and you can bet that the Tory diehards will quietly go along with it because they think it is far better for other people to lose their lives than it is for their government to lose face.