The Clothing Bank opened its doors today. As last time we had prom dresses and prom suits available to loan as well as our more usual items. It was a bit of a quiet day, maybe the freak stormy weather around the Durham area persuaded people to stay home. We were far from lonely though- we still had plenty of visitors. 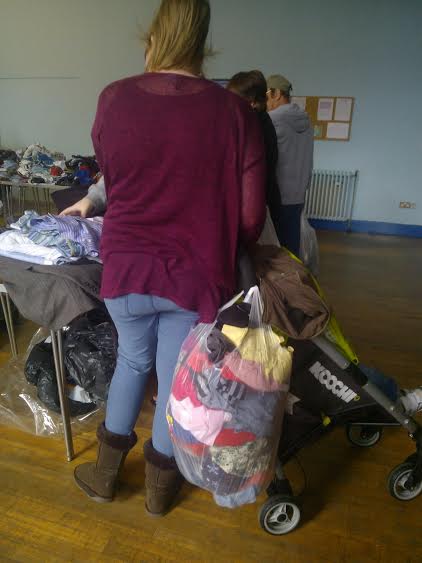 Here is Katie who looks absolutely beautiful in the prom dress she has chosen. As predicted there was much ooohing and aaahing from the volunteers when she tried it on 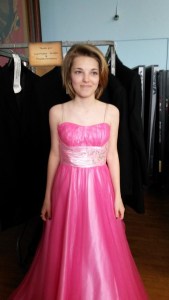 Not quite so glamorous but still as lovely- here is one of our volunteers modelling one of a range of very smart coats that we have been given. 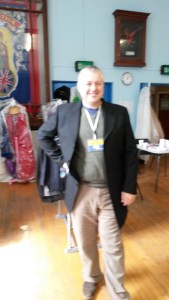 A huge thank you to Just Perfect at Shotton who have donated so much prom clothing to us. We would also like to thank all our volunteers and donators- we really…

Stockton’s Tory MP James Wharton has become embroiled in a row with organisers of a clothes bank – outside his constituency.

Mr Wharton, MP for Stockton South, said there was “more than a hint of party politics” about the launch of the County Durham Socialist Clothes Bank “six months before an election”.

> There’s “more than a hint of party politics” behind the need for such ventures too. It stems from political decisions made by the Tory party.

I don’t think people who need to use it will be doing so as a political gesture… they do so because they have no other choice.

“This is as much about making statements about politics as it is about doing good things,” he told a local TV news station.

“I welcome one, I’m not convinced about the other.”

But his comments have landed him in trouble with the Durham Unite Community, whose members coordinate the clothes bank.

Unite Community is a non-industrial section of the Unite union “created to empower people outside the labour market to use the trade union values of solidarity and collective action to improve their own and others’ situations”.

Members said Mr Wharton had “shamed himself” with his comments.

“To seek to undermine the huge amount of voluntary effort spent by our members getting the clothes bank up and running in order to score cheap political points is unacceptable.

“Helping out fellow human beings in times of need, as our members are doing through the clothes bank, is something that politicians of all parties should be applauding rather than cynically trying to denigrate their efforts in the way James Wharton MP has done.”

Mr Wharton said he did “support all well intended community efforts”, but said he wondered why “they also need to issue highly political press releases to go with them”.

> Because it is a political issue ?

He hit back: “There are six months to go until the election and sadly it appears the unions are going to be fighting a particularly nasty and personal campaign.

> And the Tories wont, of course. They’ll just be happy to be judged on their humanitarian record…

“Hijacking good causes to launch their attacks is particularly shameful.

> More shameful than being the architects of the situation that necessitates things like food and clothes banks ?

“All I can ask is that if any of the left wing unions issue statements about me which concern or worry anyone in Stockton South then people who read them consider contacting me for the truth before drawing conclusions.”

> james@jameswharton.co.uk  if you want to ask him anything…

I think the story was summed up neatly by a comment  by Guy S :

Sort of missing the point here… we have a good deed – the provision of the clothes bank. Why does it instantly become immoral due to the fact that the organisers who co-ordinate efforts have a leftward leaning? Surely it’s the benevolence of their political leaning which has caused this good deed?

Let me put it another way:

How many Tory clothes banks are there?

Oh wait, they’re only concerned with monetary banks. Which, as we know, are the pinnacle of ethical virtue right now.

A clothes bank offering free clothing and toiletries to people who use food banks is to be launched later this month.

Monthly sessions will take place at Brandon, near Durham City and details of similar sessions to take place in Stanley will be announced in the near future.

The County Durham Socialist Clothes Bank is being set up by the Durham Miners’ Association, Durham People’s Assembly and trade unions the GMB, RMT, and Unite.

The first session will take place at Brandon Welfare Hall on Tuesday, October 28 from noon until 2pm and will be open to anyone in receipt of food bank vouchers.

“As far as we are aware, this is the first of this type of scheme to be set up across County Durham.

“We have been inundated with hundreds of items of clothing, toys and toiletries since launching our appeal.”

“The idea behind the scheme is something which myself and Catherine Ainsley have had for some time, but when recently overhearing a conversation between a young boy and his mother in a shoe shop, during which she explained that she could only afford to buy shoes for his sister this year, this spurred me into taking some action and getting the project off the ground”.

“When talking to food banks organisers and users we have found that many are also in dire need of clothing and toiletries, because they simply cannot afford even charity shop prices.

> No “even” about it… the majority of charity shops forgot their original purpose and started chasing the middle class pound. Charity shops are no longer cheap.

“As the winter is drawing in we would like to make a special appeal for shoes, gloves, hats, scarves and warm coats; toys would also be very much welcomed in the run up to Christmas”.