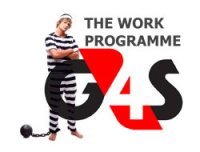 Despite a high profile launch of the latest mass workfare scheme two weeks ago, DWP documents confirm that in fact it hasn’t started yet.

The unpaid Community Work Placements are one element of ‘Help To Work’.  This is the latest draconian scheme concocted by Iain Duncan Smith as part of his increasingly desperate attempt to prove that unemployment is caused by unemployed people.  The £300 million initiative involves claimants sent on six month’s full time workfare for ‘community organisations’ under the threat of benefits being stopped.

The scheme is mired in chaos with sources at the beginning of the month saying that no-one who works in Jobcentres has “been told anything about it”.  This is confirmed by a DWP newsletter which says that “the first claimants will be referred onto Community Work Placements from the end of May 2014”.  It is even unclear whether daily signing, or mandatory interventions –…